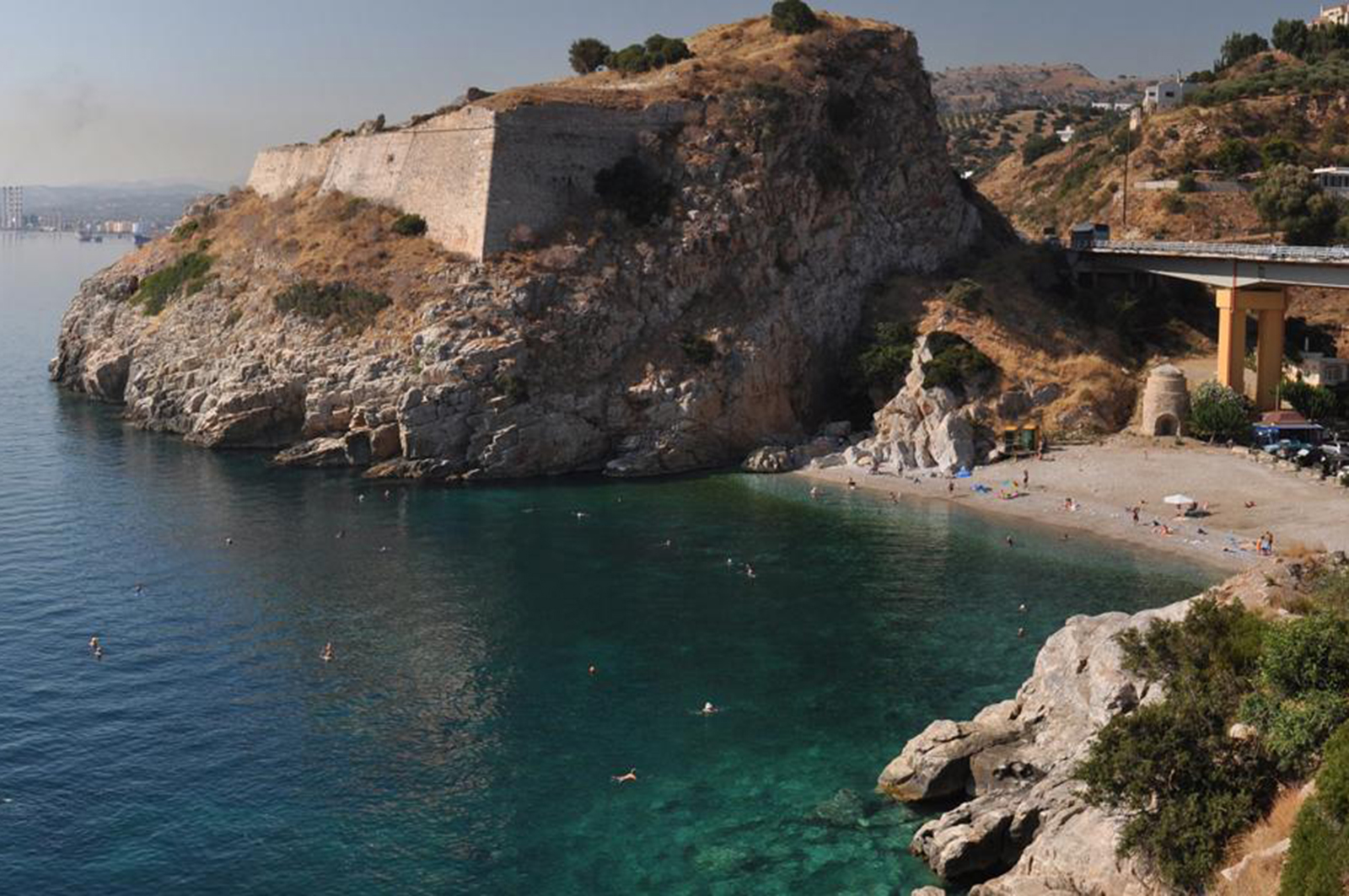 Paliokastro (or Paleokastro) is located 14km west of Heraklion, on the western shores of the Bay of Heraklion. It is a picturesque beach with pebbles, shaped in the exit of a green valley which is crossed by the torrents descending from the village Rogdia. Paliokastro cove is well protected on both sides by tall cliffs and faces east.

East of the beach, there is a huge limestone rock, on the top of which once dominated Paliokastro, a Venetian fortress that protected the bay of Heraklion from enemy attacks. The castle, a part of which survives, is believed to be built on the acropolis of ancient town Kytaion. 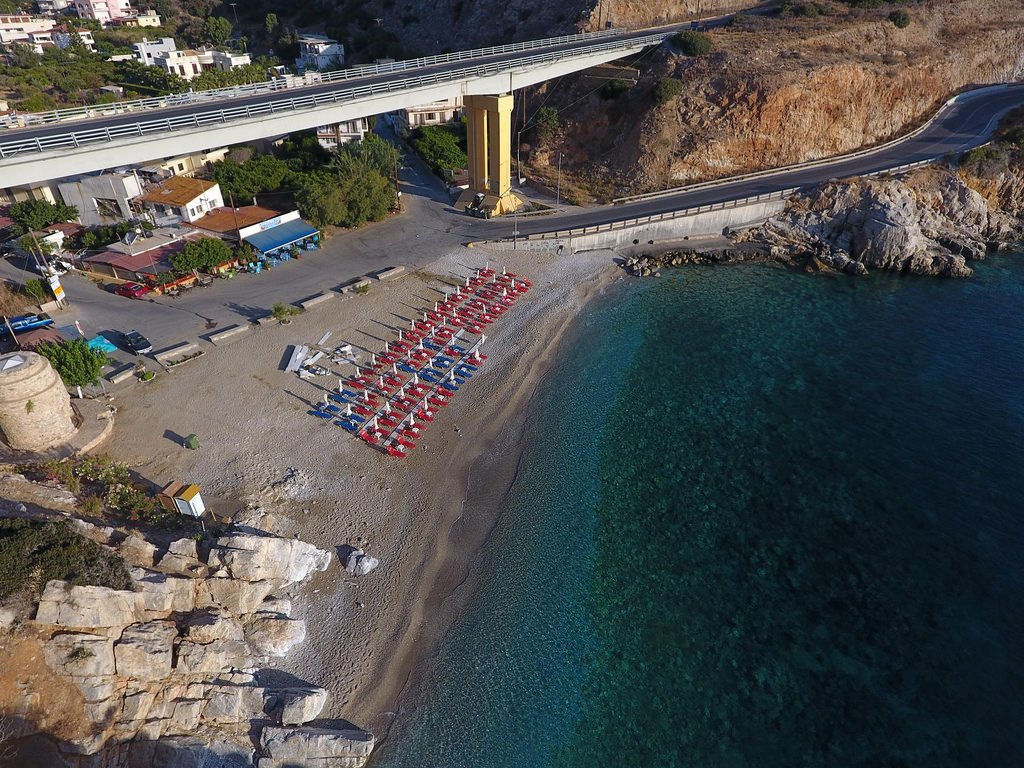 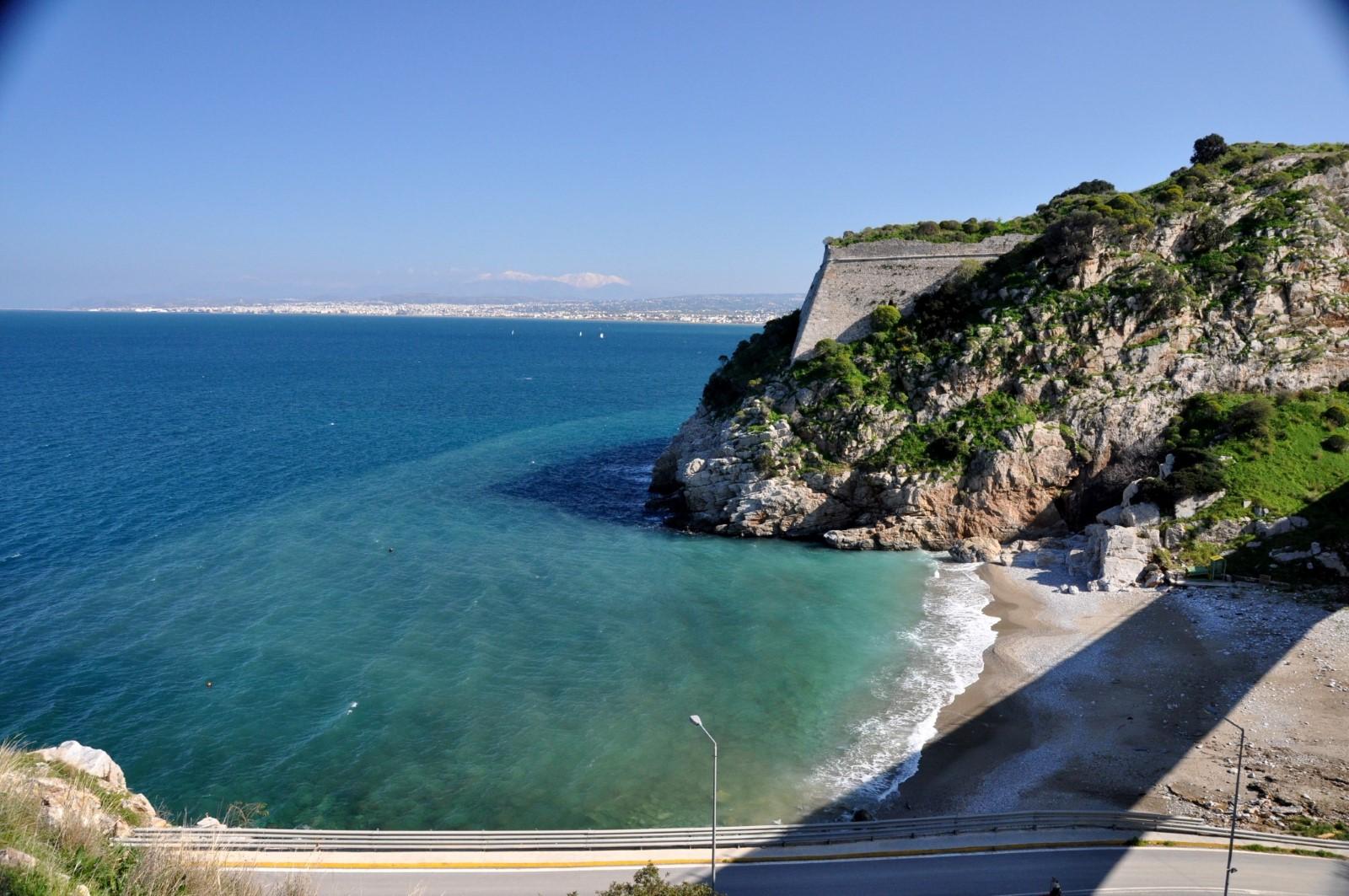 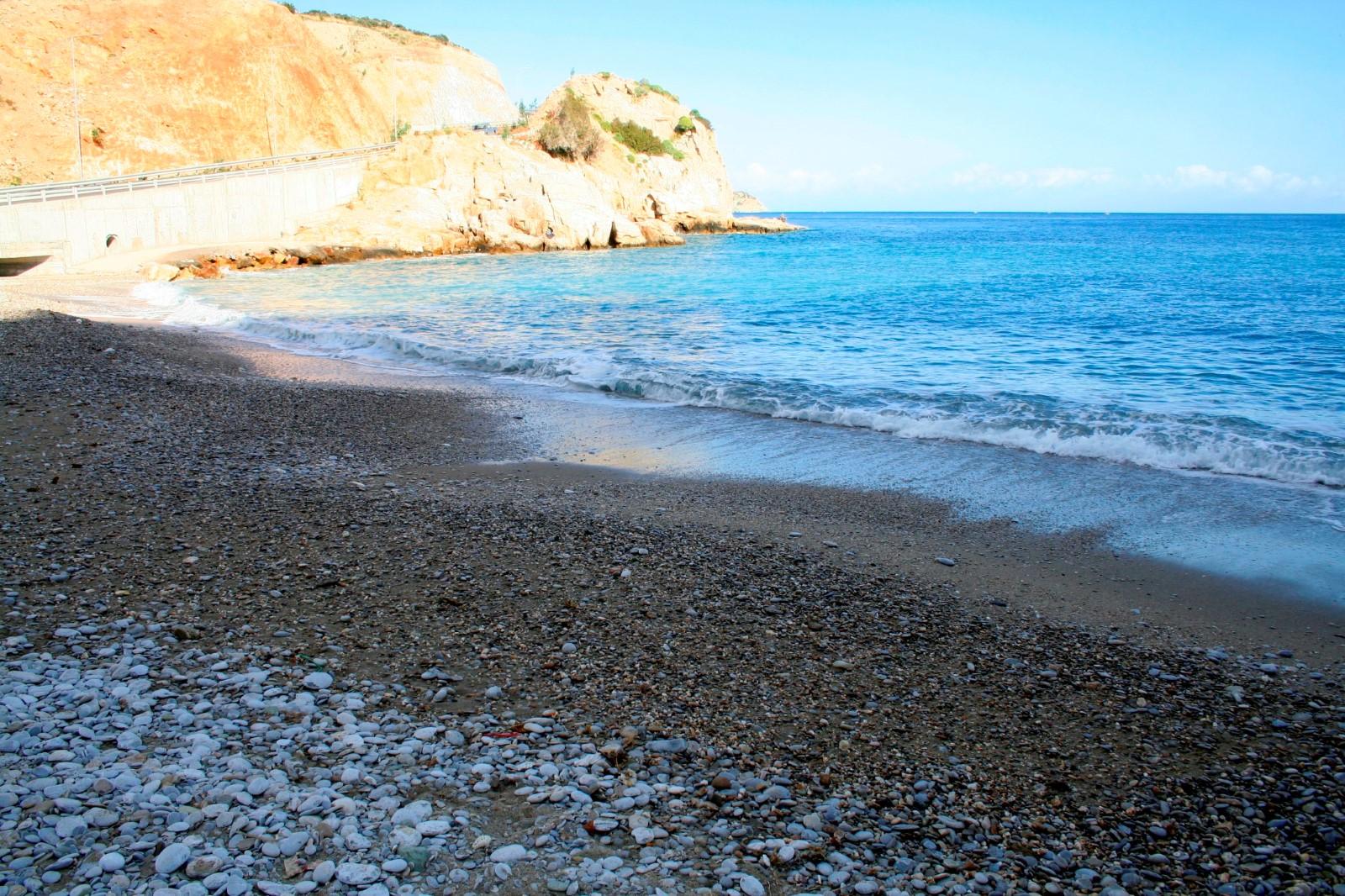