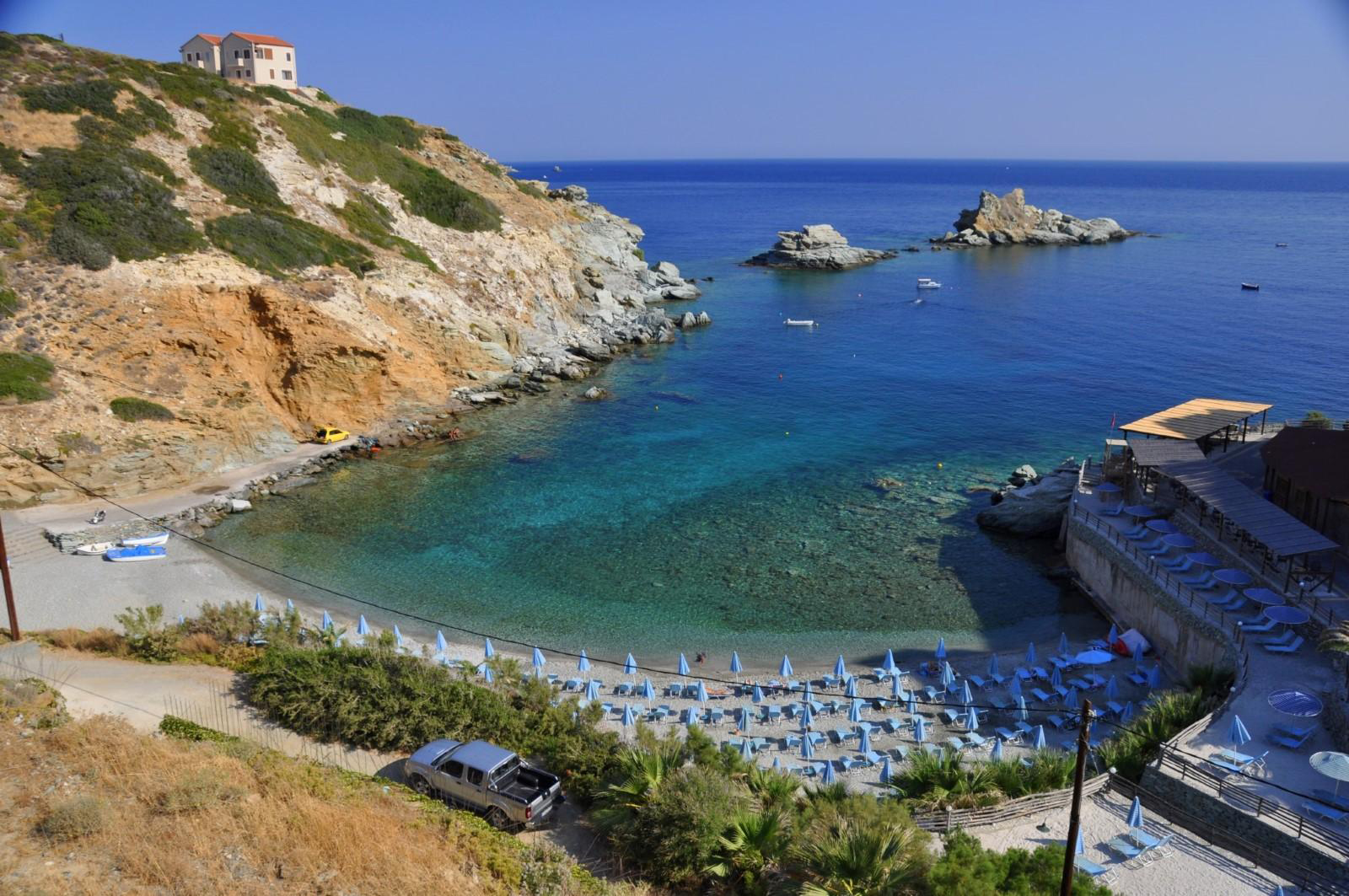 Madé (or Madés) is a small coastal village located near Ligaria, 20km northwest of Heraklion and 1.5km east of Ligaria beach. It is located near the northernmost edge of the Gulf of Heraklion, which called Cape Bourouni of Rogdia. To get this far from Heraklion, drive in the highway to Chania and take the exit of Ligaria. Just after 1.5km you will see a sign for Madé.

In front of the village there is a very small bay with a pebbly beach, which is surrounded by several rocks and the settlement Madé. It is not very well organised, although a large hotel of the region provides umbrellas and sunbeds to its customers. Nearby there are a few rooms, a mini market , a beach bar and some taverns. The beach is quiet and mostly preferred by locals who have built their summer houses here. It is ideal for fishing and snorkeling, because the rocky seabed abounds in fish. The usual problem is that Madé beach has a northern orientation, which makes it vulnerable to winds. 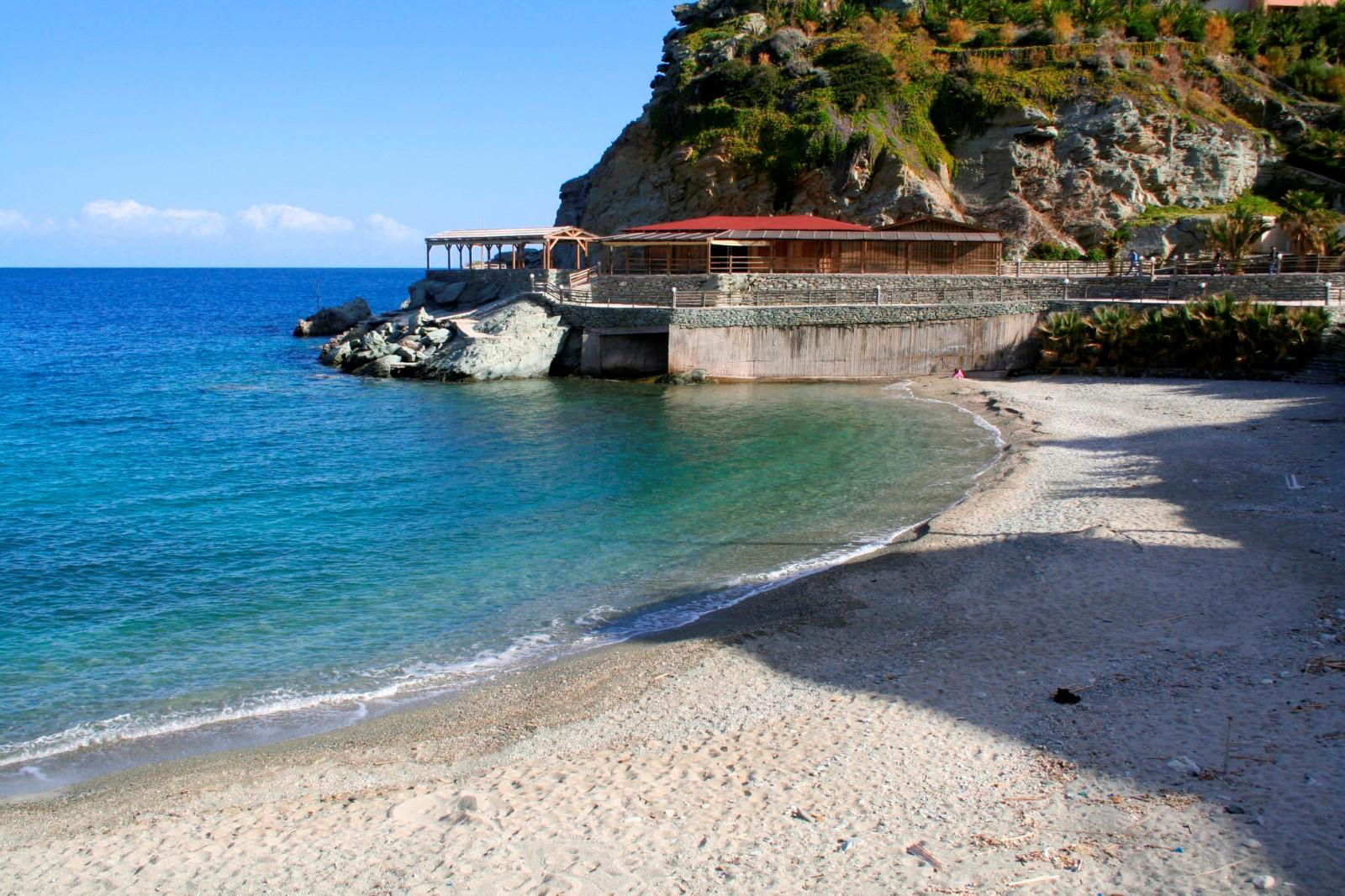 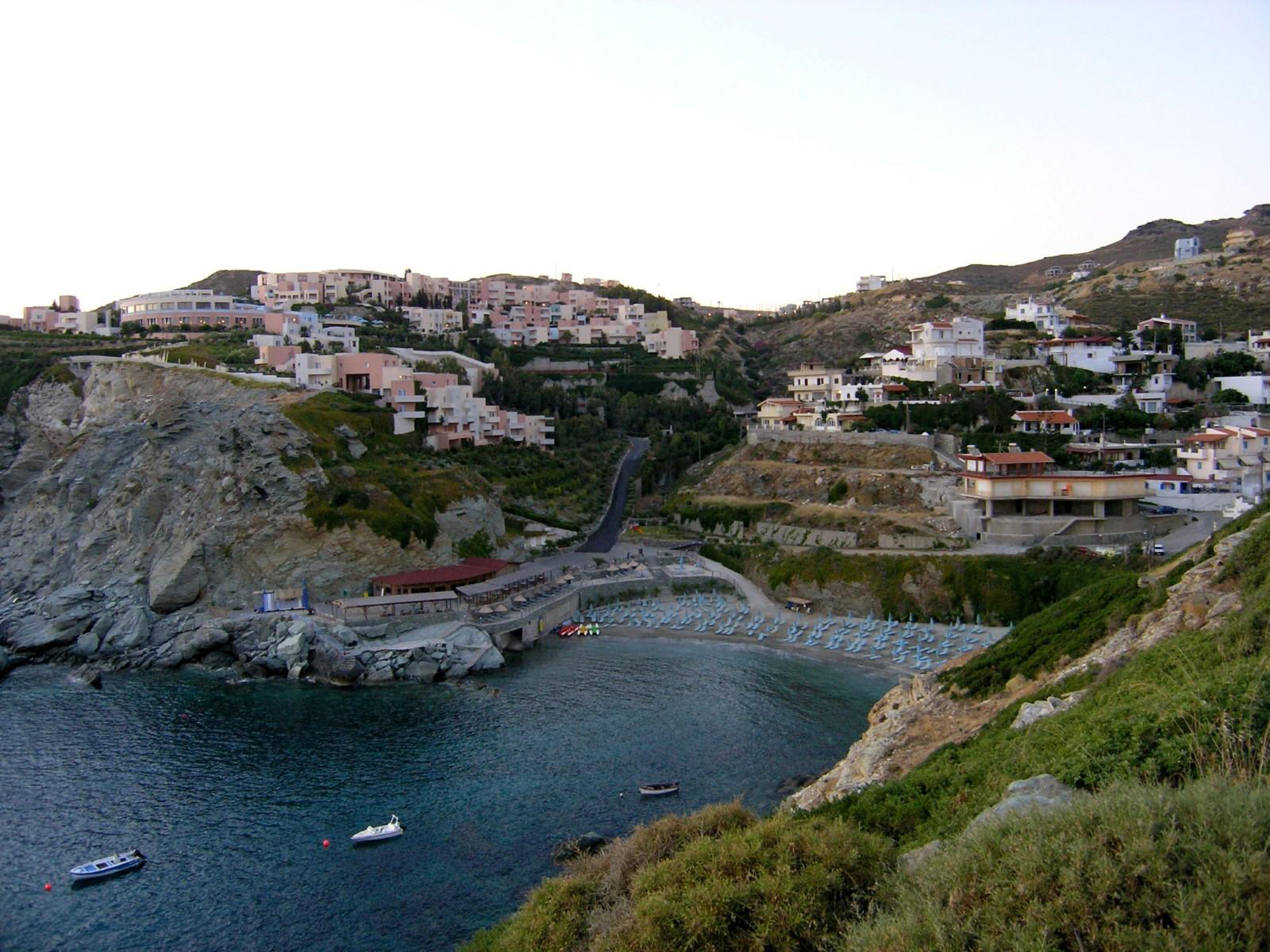 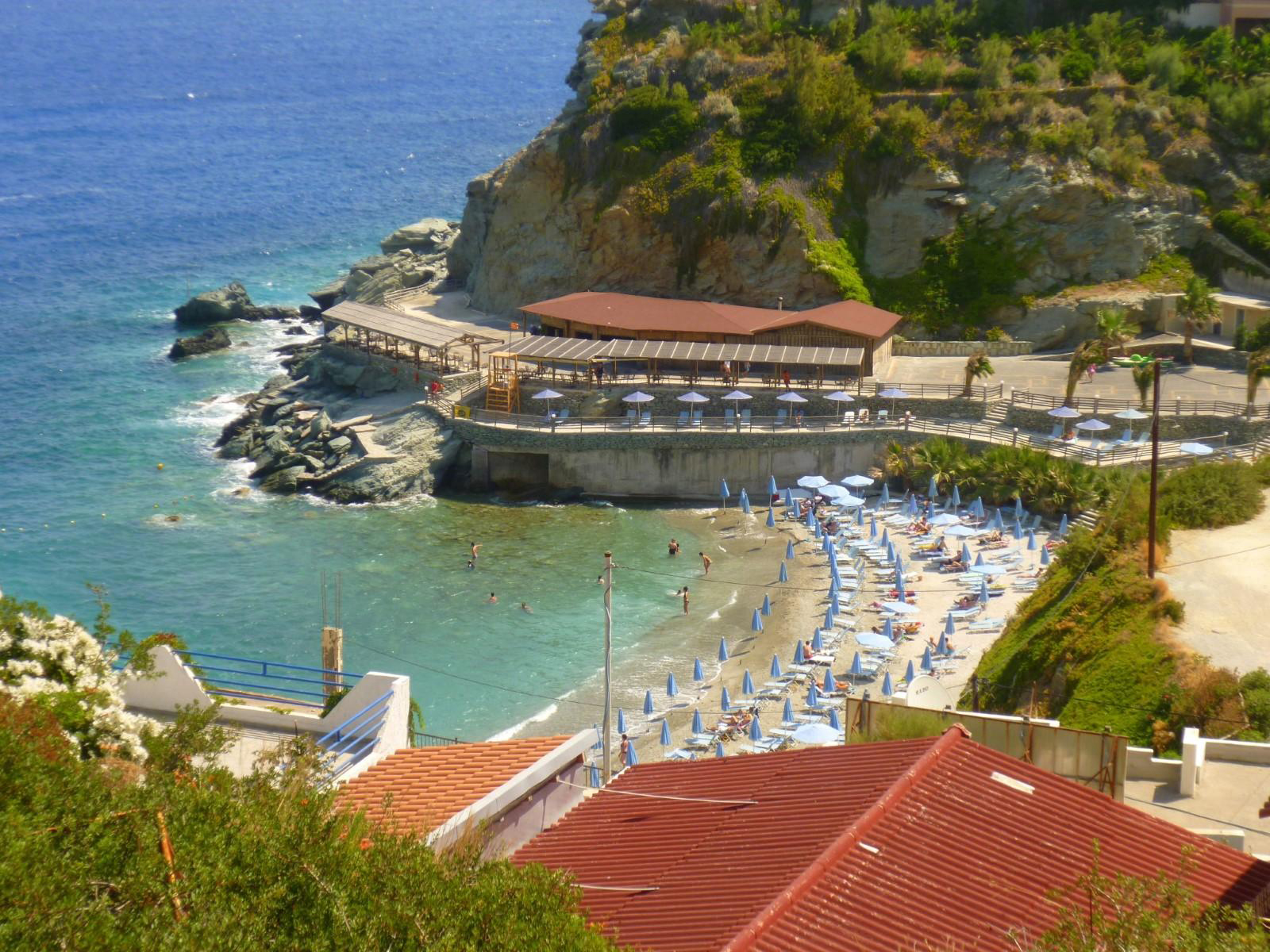